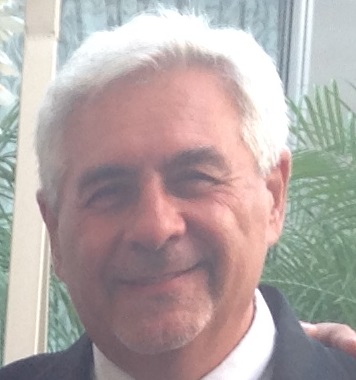 Giuseppe Nunnari received the “Laurea” degree in electrical engineering (cum laudae) from the University of Catania, Catania, Italy, in 1979. He was a software engineer in private companies until 1983 and Researcher of the Italian National Research Council (CNR), from May 1983 to October 1992, where he carried out research concerning the modelling and processing of geophysical data. From November 1992 he joined with the University of Catania, Faculty of Engineering, were he has served as associate professor of System Theory and Automatic Control, till September 2001 and as a professor up to the present days. His research interests include the modelling and control of dynamic systems, signal and image processing, soft computing and modelling of environmental systems. He is author or co-author of several scientific papers published in international journals, conference proceedings, books and books chapters. He has been involved, also as the coordinator, in several research activities at international and national level, the most recent being the following:Project V4-Flank 2007-1009, Research on Active Volcanoes, Precursors, Scenarios, Hazard and Risk (subproject V_3_6 Etna), Funded by the Italian INGV-DPC (INGV is the Italian Institute of Geophysics and Volcanology, DPC is the Italian Department of Civil Protection), years 2004-2006, Monitoring Research Activity at Stromboli and Panarea, Funded by the Italian INGV-DPC, years 2004-2006, Air Pollution Episodes: modelling Tools for Improved Smog management (APPETISE) Funded by the European Union under the FP5 Framework Program, Contract IST-1999-11764, years: 2000-2002, Innovative Methodologies for Processing SAR Interferograms, Funded by the Italian INGV, years: 2002-2004,  Dynamics of complex networks for the development of novel business strategies and enterprise technologies, Progetto FIR 2014-2017, Funded by the University of Catania. During  2017-2019 he participated to the project: Control, measurement and integrated systems: new methods and applications, funded by the University of Catania and currently (2019-2021) participates to the project: Modeling and Control of Sustainable Systems in Industry 4.0 (ARISTOTELIAN 4.0), funded by the University of Catania. He also partecipate to the project  PRIN 2017 (anni 2017-2020), entitled ' Advanced Network Control of future Smart Grids', funded by the italian Ministero della Ricerca Scientifica.

The most recent research activity (2015-Present) dealt with: