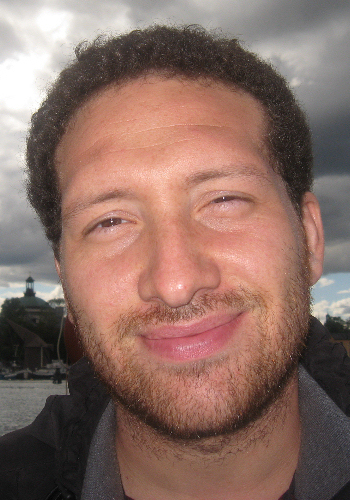 Francesco Ruffino is currently associate professor at the Department of Physics and Astronomy of the University of Catania, where he carries out research on the fabrication and study of physico-chemical properties of nanostructured materials and devices based on metal nanostructures using advanced fabrication and characterization techniques. Areas of particular interest on which he focuses his activities are:

Francesco Ruffino was born on March 4th 1980. From the University of Catania he received the Laurea degree in Physics (cum laude) in 2004 and the Ph.D. degree (cum laude) in Materials Science in 2008. From October 2018 he is associate professor of experimental physics at the Physics Department of the University of Catania. His research activity is focused on: 1) fabrication and characterization (structural and electrical) of nanostructures-based electronic devices (with particular emphasis on metallic nanostructures), 2) development of self-organization techniques towards nanomaterials fabrication, 3) hybrid organic/inorganic nanocomposites, 4) mesoscopic physics, 5) metal-graphene nanocontacts, and 6) scanning probe techniques. His research activity led him to the publication of more than 110 papers in international refereed scientific journals, 3 chapter book, and more than 30 posters and more than 20 oral contributions at international conferences. He is, also, co-author of more than 30 posters and more than 20 oral contributiions presented at international conferences. He win the "Young scientist award" from the European Materials Research Society in 2006 and 2007. In 2012, he started an international collaboration, as a Marie-Curie Fellow, with the "Laboratoire des Solides Irradiés (Ecole Polytechnique-Commissariat à l'Energie Atomique et aux Energies Alternatives, Paris, France)" within the scientific European project TAPIR (TrAnsport Properties of Ion-beam shaped metallic nanowiRes in vertical geometry, IEF Marie Curie Action). From 2012 he teach Physics and Physics of Nanostructures for master degree courses at the University of Catania. He was, also, supervisor for several master degree thesis and Ph.D. thesis.


view the publications
N.B. the number of publications can affect the loading time of the information

The scientific activity carried out by Francesco Ruffino is of experimental nature and in the field of Materials Science and Nanotechnology. Francesco Ruffino is currently an associate professor at the Department of Physics and Astronomy of the University of Catania, where he carries out research on the realization and study of the chemico-physical properties of nanostructured materials and devices based on metal nanostructures using advanced fabrication and characterization techniques.

The activity of Francesco Ruffino took place mainly at the Department of Physics and Astronomy of the University of Catania. However, due to numerous scientific collaborations, he collaborate with the Italian National Research Council-Institute of Microelectronics and Microsystems (CNR-IMM). He also interacted and collaborated with the French research laboratory "Laboratoire des Solides Irradiés (Ecole Polytechnique-Commissariat à l'Energie Atomique et aux Energies Alternatives, Paris, France") as part of a Marie-Curie European research project, under the supervision of Dr. Giancarlo Rizza and Prof. Jean-Eric Wegrowe. He established, also, a scientific collaboration with the Islamic Azad University, Central Tehran Branch, in the person of Prof. Salimeh Kimiagar, which led to the use of lasers for nanostructuring thin metal films on transparent and conductive substrates.

The scientific training and activity research, which began during the Master Degree Thesis period (2003-2004) and continued during the Ph.D. course (2005-2008) and the subsequent research grant (2008-2012), was aimed at the fabrication and study of the structural and electrical properties of nanostructured materials based on metallic nanocrystals for nanotechnological and nanoelectronic applications. In particular, Francesco Ruffino's research activity focused on the fabrication and study of structural, electrical and optical properties of low-dimensional metal and semiconductor structures in connection with both insulating and semiconducting matrices and substrates. This research was of particular relevance for the development of new generation nanotechnologies and nanodevices for electronic, optical, sensorial, medical, biotechnological and photovoltaic applications.

The final objective of the research activities of Francesco Ruffino is the exploitation of the fabricated and characterized nanomaterials in new generation devices for applications in the field of sensors, energy production and storage, and nanoelectronics.